From September 30, 2021 to April 24, 2022, the Musée des Arts Décoratifs in Paris will host the exhibition "Thierry Mugler, Couturissime", conceived, produced and touring by the Montreal Museum of Fine Arts (MMFA).

Thierry Mugler is a designer with a singular imagination who has revolutionised the fundamentals of fashion, haute-couture and the world of perfume for several decades. He has established himself as one of the most daring and inventive couturiers of his time. His distinctive style has transcended fashion and continues to influence generations of designers.

After Montreal, the Paris leg of this major exhibition marks the return of a visionary artist, photographer, perfume inventor and director to the city where he enjoyed his greatest success.

In the newly opened Christine and Stephen A. Schwarzman Fashion Galleries, the artist's work is on display. Schwarzman Fashion Galleries, the exhibition features some 150 ready-to-wear and haute couture silhouettes and accessories, stage costumes, photographs, videos and previously unpublished archives from 1973 to 2014 that trace the fascinating world of the designer, as well as his many artistic collaborations in the fields of entertainment, music and film.

The collective scenography is provided by the MBAM, curated by Thierry-Maxime Loriot. The exhibition is accompanied by digital performances by professionals from the world of entertainment and the audiovisual industry. 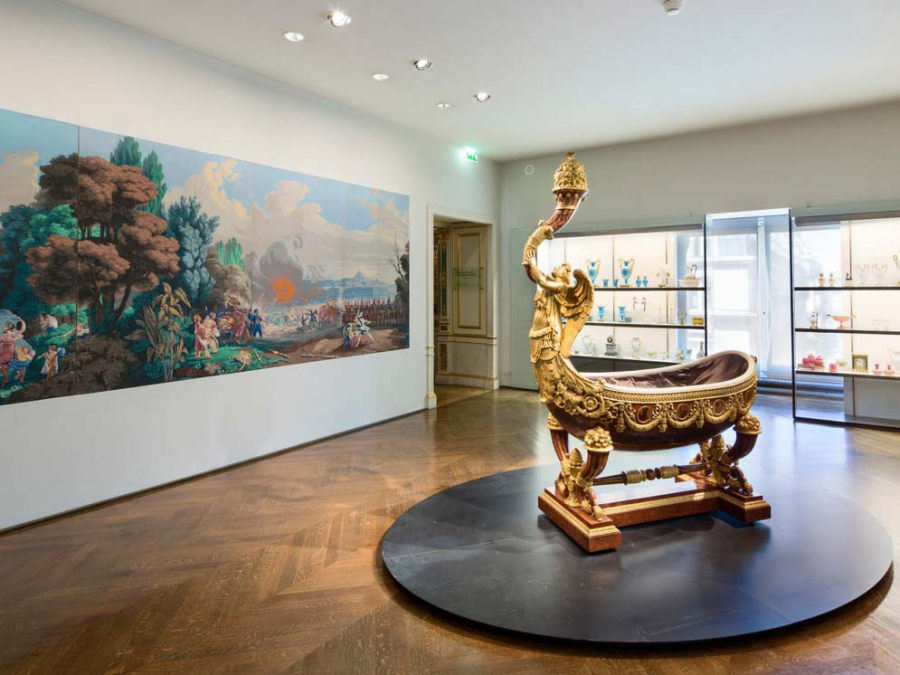