BUSINESS TRAVEL: A MAJOR SECTOR FOR THE ECONOMY OF THE PARIS REGION

Despite the protest movements in 2019, business remained relatively stable. This was notably bolstered by the events industry that continued to grow in terms of the number of both exhibitors and delegates.

In 2020 the Paris Region destination recorded 14.3 million fewer tourists during the first half of the year compared to the same period in 2019, as well as a shortfall in revenue of €6.4 billion.

Business travellers of all types, international, French or from the local region, were among these missing visitors.

Follow what is happening in Paris Ile-de-France in 2021: new openings, exhibitions… find out more

video of the revival plan for Paris Region trade fairs

Access the video of the recovery plan for Paris Region trade fairs: the Paris Region Touirst Board and Promosalons to the manoeuvring ! 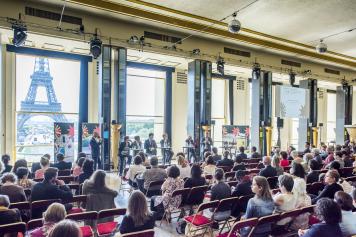 The fairs and congresses sector generated €5.7 billion in revenue (€4.2bn for fairs and €1.3bn for congresses). The subsequent turnover for exhibiting companies is estimated to be €20.8 billion!

The profile of a business client

In 2019, 15.7 million visitors stayed in Paris and its region for purposes of business or a mix of business and leisure. These travellers generated close to €7.9 billion, the equivalent of 36% of the capital region’s total tourist revenue. Here are the main characteristics of the business travel clientele visiting our destination.

Why Choose Paris and its Region for Your Corporate Event ?

First class industrial and economic networks, an extensive transport system, extended accommodation capacities and the quality of its exhibition halls are some of the reasons that make Paris and its Region such an attractive destination.

Top of Page Back